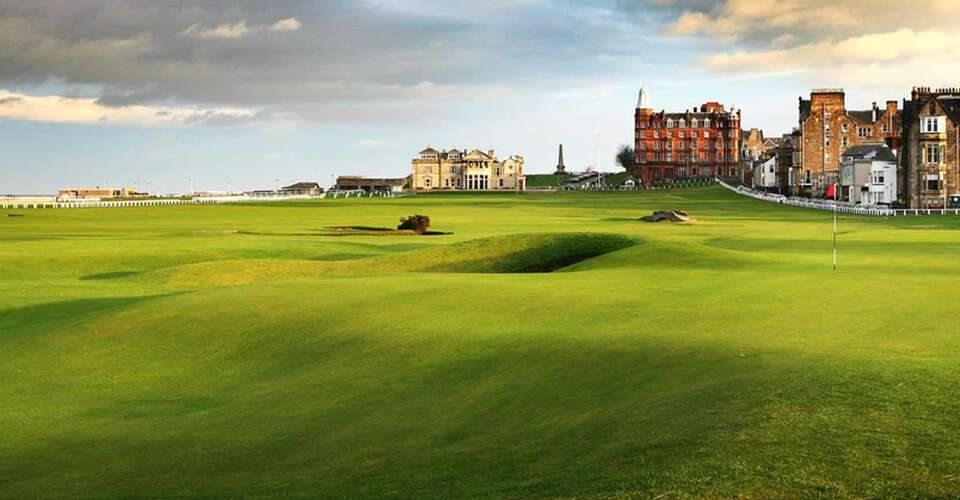 Fife, or the Kingdom of Fife, is located on the east coast of Scotland and is home to approximately 45 different golf courses. It is a historic region and is famous for the St Andrews Golf Club that was established here more than six centuries ago. In the year 1457, James II banned the sport of golf, as did James III in 1471 and James IV in 1491. But in 1502, James VI eventually bought himself a few golf clubs and gave in to the addictive sport of golf. St Andrews grew significantly over the years, till it opened its 7th golf course in 2007, which was named the Castle Course. Amongst the other popular golf courses in Fife, golfers can look forward to a wonderful golfing day at Dukes, Kingsbarns, Scotsgraig, Crail at Balcomie, Ladybank and Lundin. Fife is a beautiful part of Scotland and it can be seen in the spectacular settings that the golf courses have been designed on.

Our philosophy is that we treat all of our guests as members and a truly warm Anster welcome awaits all visiting golfers.

Anstruther Golf Club was founded in 1890 and has seen many changes over the years. The initial layout comprised 7 holes with trenches through the middle of the course and poles scattered over the greens to stop gliders landing during the war. In more peaceful times the course was extended to an excellent 9 holes which is kept in superb condition throughout the year. The course is located 9 miles south of St Andrews and stretches along the shoreline between Anstruther and Pittenweem. The spectacular views over Anstruther Harbour and out to the Isle of May, Bass rock and south west to Edinburgh are a constant distraction. Golfers should beware of Anstruther Golf Clubs version of Amen corner which comprises a series of 3 challenging par 3s starting with The Rockies (5th) voted the toughest par 3 in the UK!

Whilst golf has been played at Leven since 1820, the game dates back to 1846 on parts of these links with the current configuration coming into being in 1909. The history of Leven Links is, suffice to say, long and complex but what is most important is the nature of the ground upon which it is built. Local conditions of winds and tides during prehistoric times, when sea levels were falling combined to produce a series of parallel dune ridges which give Leven Links a truly unique signature.

The Lundin Golf Club was founded on the 8th May, 1868. In that year the Leven Clubs had extended their links from the Mile Dyke eastwards towards Lundin Links. This extended course occupied the narrow strip of land lying between the railway line and the Firth of Forth.The first captain of the Lundin Golf Club was Mr Rintoull of Lahill who, as immediate Past Captain of the Innerleven Club, had been influential in the decision to abandon the Dubbieside Links in favour of the popular green at Leven. The Lundin end of the links was described in 1868 as benty, tussocky and ripe with whin, with which the errant driver of today might still agree. It would appear that the club had great difficulty in establishing itself. Despite the efforts of the Innerleven Club who offered prizes to encourage play, the Lundin Club went out of existence some nine years after its formation.The club was resuscitated in 1889 with an annual subscription fixed at 2/6 and an entry fee of like amount. A two-roomed clubhouse was built costing £70 and the Club quickly became established as a healthy constitution. The course was administered by a Joint Links Committee made up of members of the Innerleven, Leven Thistle, and Lundin Clubs. The Leven end of the links was leased from Mr R Maitland Christie of Durie and the Lundin end from John Gilmour of Montrave (later Sir John and Captain of The Royal &Ancient).

Please email thebankgolf@gmail.com for more information and to get exclusive use of discounts for our guests.